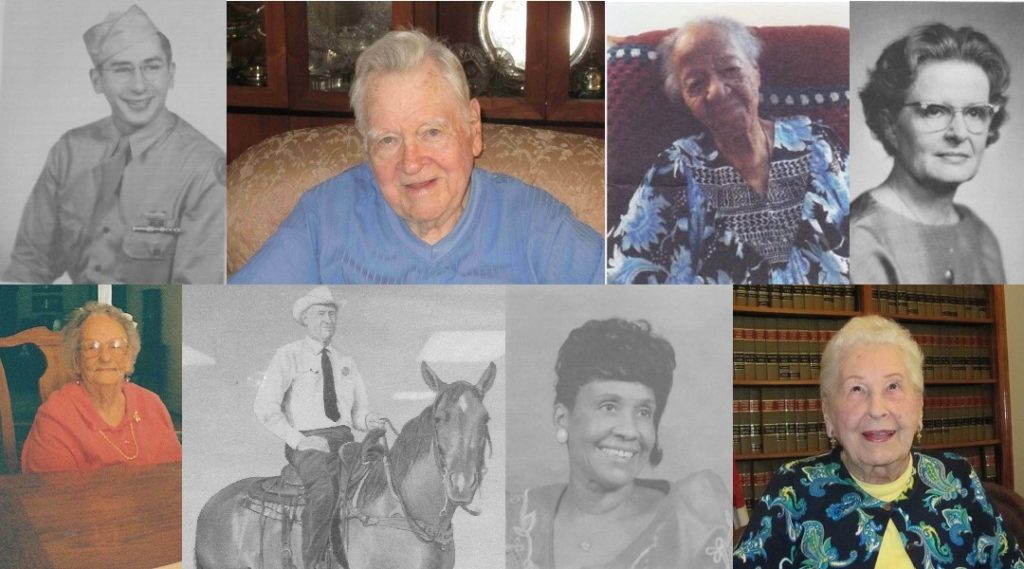 “You will find personal interviews with many of the people who have had a hand in making our city and county what they are today. There is a great deal of information about life in Waxahachie and the surrounding area in the earlier part of the last century. Life around the square, education, cotton farming and dealing and the Civilian Conservation Corps received special notice…People have asked whether these documents are history. They are the undocumented reminiscences of individuals reflecting their memories and viewpoints. Although many have been interviewed, the interviews have been remarkably alike. The reader needs to read these stories in conjunction with other sources.” – John Hamilton

In addition to the transcript documents of interviews linked below, some of the original interviews are also available in audio format.  If the audio for an interview is available, there will be a link to the audio following the name of the person or persons interviewed.

Transcripts contain edited content that was approved by the person(s) interviewed after the transcript was produced from the original audio recording.  Transcripts may contain additional information, pictures, comments, corrections, and explanations of things that can be heard (or missing) on the audio recording.  It is suggested for optimal value that the transcript be followed as one listens to the audio version of an interview.

Have a story you want to share? Anyone interested in participating as an interviewer, transcriber, editor or researcher, please contact us. Training is available for those who want to participate.

Join or Renew Your Membership Online!